Alternate Reality X (ARX) is my original project to create a more up to date version of  Philip Price’s classic CRPG series Alternate Reality for modern machines. My intention was to produce a new version of Alternate Reality which would combine the original City and Dungeon scenarios, remove some of the frustrations of emulation such as disk swapping and adding the option to use updated graphics and music. 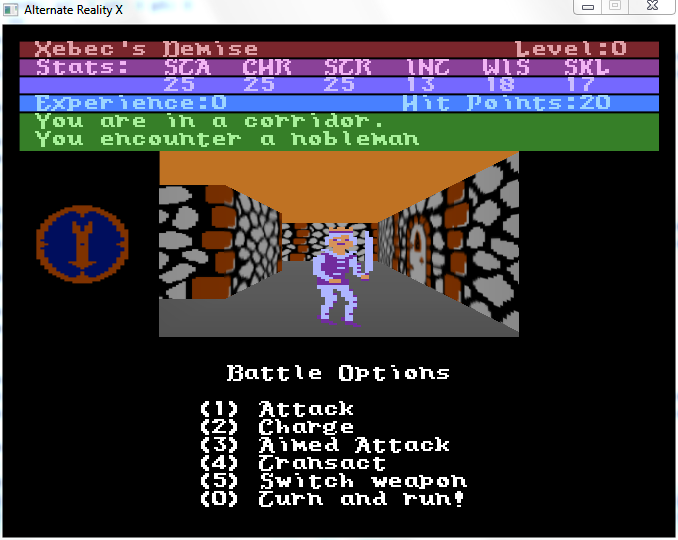 Written in C++ using the SFML Multimedia library, ARX is around 60-70% complete at the time of writing (January 2015).

During the second part of 2014 I started work on a new version of ARX using the Unity 3D game development system. As of January 2015 I have decided to revive my original project and focus on adding new content to my Unity 3D project which currently has the working title Return to Xebec’s Demise. 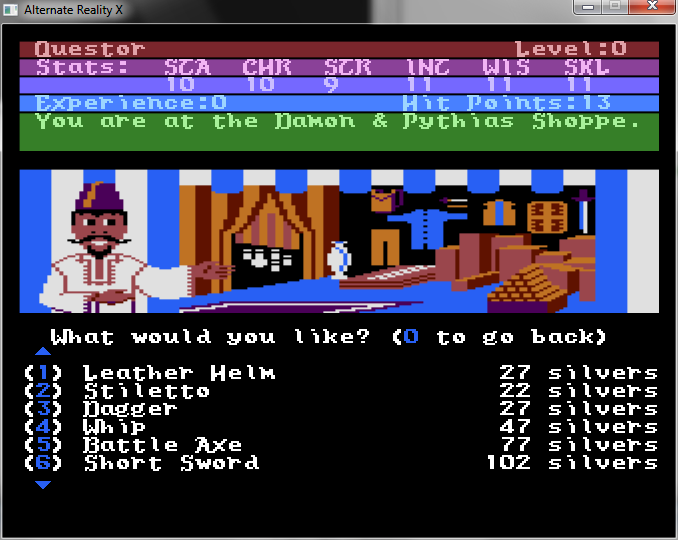 I now plan to continue development of the original ARX as a Microsoft Windows only game but will continue to make the source code available as part of the game download for anyone who wishes to port it to another platform such as Mac OS X or Linux.