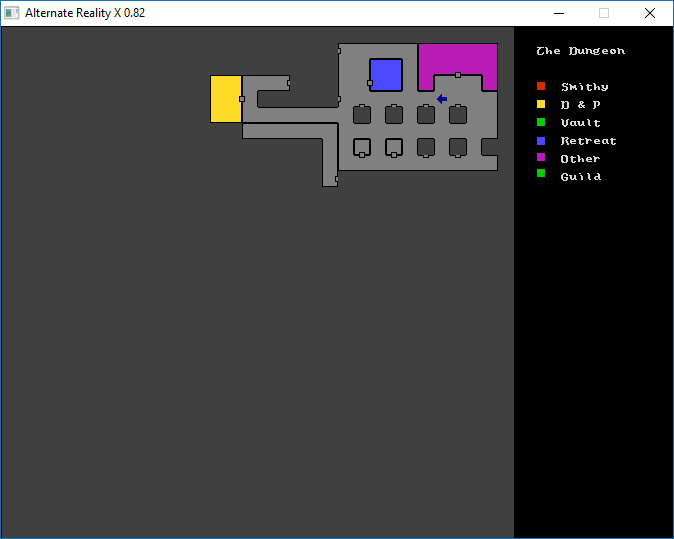 Every so often I receive an email or a post complaining that I’ve done something “wrong” with my remake of Alternate Reality:The City and the Dungeon – I’m not talking about bug reports or unimplemented features but more about design decisions. I guess in some cases I’m not making the decisions they would make if they were remaking Alternate Reality. For everyone who thinks I’m not expanding the game enough someone else thinks it’s not faithful enough. I think I’m past the point where this bothers me now and I’m realistic enough to know that with a project like this you’ll never please everybody. Most ARX players have been incredibly positive and supportive (and not to mention patient). Their feedback is also constructive, useful and essential to developing my project further.  So I’ll take this opportunity to say thanks 🙂

I thought I would talk about some of the design choices I’ve made with Alternate Reality X, the challenges I’ve dealt with and why these are unique to the Alternate Reality series of games (released and planned). Looking back now I think Alternate Reality was always going to be one of the most difficult and complicated games to remake in comparison to the other CRPGs from the same time period. I’ll explain below why I think that’s the case.

I started what I now call Alternate Reality X way back in 2009. I’ve had breaks during those years and diversions where I’ve looked into other formats or technologies but I’m now settled on the current technology so to speak in terms of using SFML and C/C++. I’d played around with Alternate Reality before but this is the year I made the first iteration of what you see today.

My background with Alternate Reality began with the Dungeon which I received as a Christmas present one year for my Commodore 64. Once I’d managed to keep a character alive long enough to advance a couple of experience levels, obtained some better equipment and stumbled across a quest I was hooked and played it regularly until I carelessly wrote over the Dungeon game disk years later in my haste to create a new character disk. I still have the box, map and manual today. 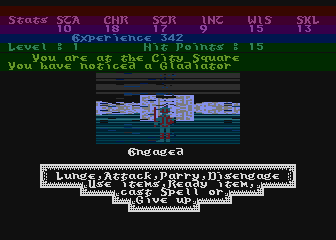 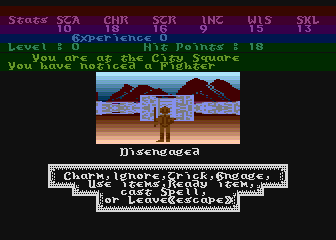 When I got access to the internet (around 1995) one of the first things I found was The Original Alternate Reality Homepage at: http://www.eobet.com/alternate-reality/ (it had a different URL back then). This site had lots of information about the games, an extensive FAQ, screenshots, maps (below) and comments from the AR developers including Philip Price. It also led me to the AR Mailing List (which sadly now seems to be offline) which was a great source of information. I’d never played any version of the City though I was aware of it from magazine reviews I’d read back in the 1980s.

One of my early goals with Alternate Reality X was to allow the player to move seamlessly between the City and the Dungeon as originally envisaged by Philip Price.

Whilst they share many similarities the City and Dungeon scenarios are very different games in my opinion. Perhaps the biggest difference is in the combat system. The City has the concept of engaged and disengaged menus (pictured above) but this was replaced by a different system in the Dungeon consisting of options for surprising an encounter, Battle Options and a Transact menu. This was the system I opted for in ARX.

Many other elements are different between the two scenarios from encounter graphics and map style to the use of currency. I don’t think ARX feels like a totally consistent game yet but hopefully as I add features the two scenarios will feel more integrated. 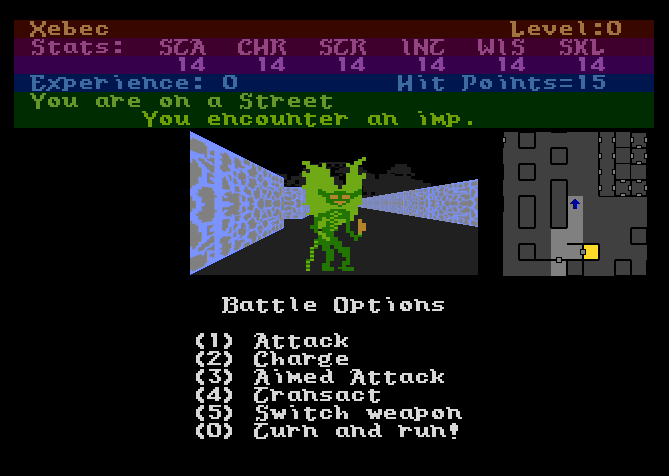 I made a number of development decisions which I’ll try to summarise here:

In the meantime if you have an opinion about any of the above or a design preference I’m interested to hear it. Nothing in ARX is set in stone. 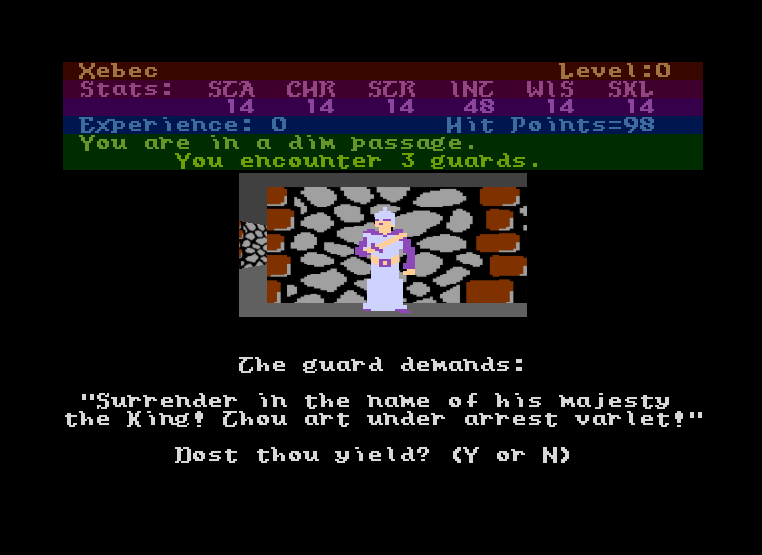 Just a few additions and bug fixes in this release as follows:

Please let me know if you have any questions or issues. 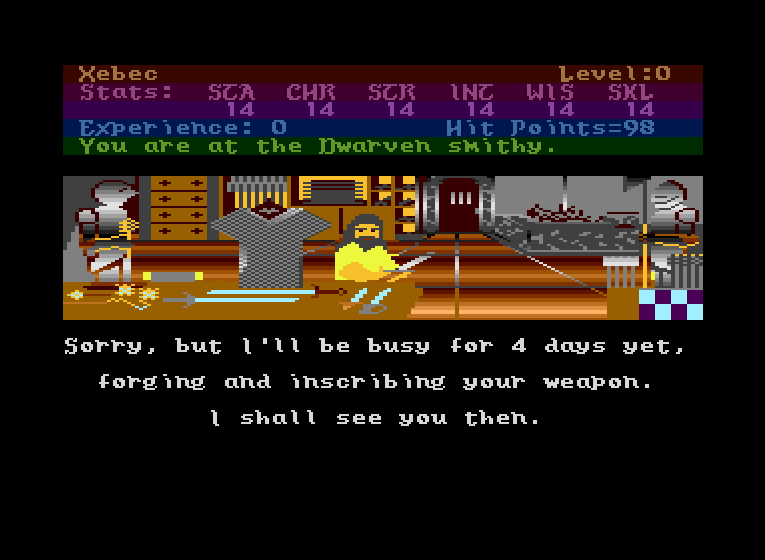