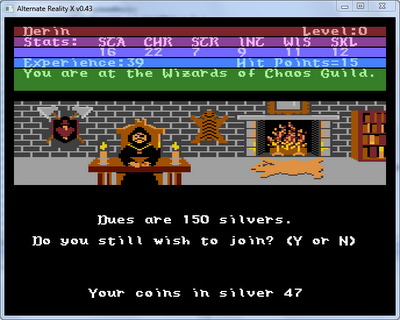 I’ve started work on adding full functionality and merging guilds for both the City and the Dungeon scenarios. This obviously posed a few interesting issues that I had to decide on how to approach. Should I use the 8bit Dungeon guild model or the 16bit City one? Should I treat the guilds located in the City as entirely separate to those in the City or just as branches? I’ve been thinking about this one for some time and I’m sure not everyone will be a 100% happy with my choices but so far I think it’s working out well and I’m about 30 – 40% into building the guilds. 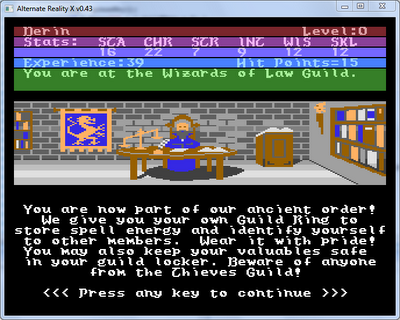 Here’s how it’s working to date: 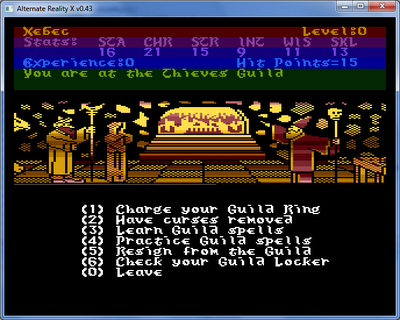