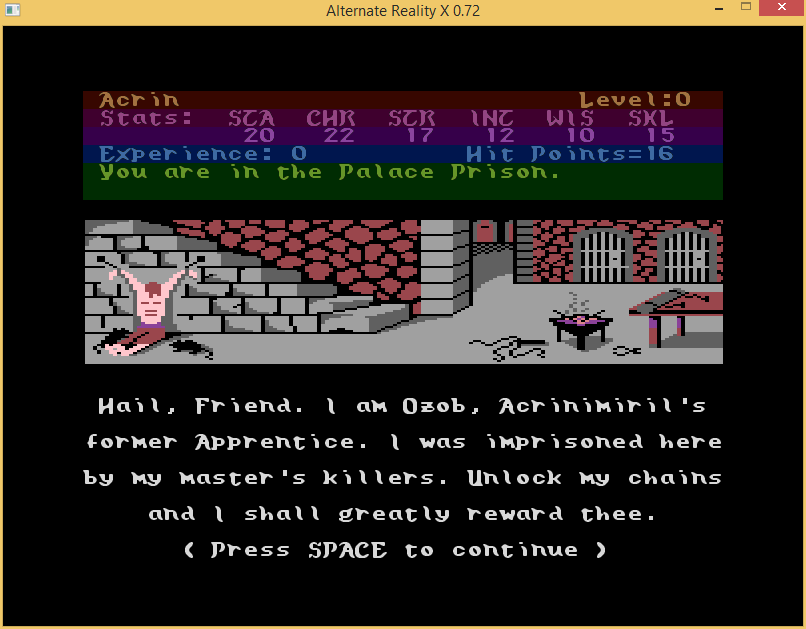 There is a significant change in 0.72 relating to encounters. JPST made a great point on the ARX forums here about not been able to make use of “Charm” and “Trick” against evil lifeforms, therefore compromising your alignment as you were only able to use these on good lifeforms. In turn this meant you couldn’t obtain the Intelligence and Charisma bonuses that are possibly (after many, many successful Charm / Trick actions). This is one of those issues due to me creating a “hybrid” AR encounter system with features from both the City and the Dungeon encounter systems. I really wanted to have “Charm” and “Trick” in ARX. In release 0.72 you can now gain access to the “Transact” menu to attempt a Trick or Charm against Neutral and Evil characters. This makes sense as I want to be able to add more “Offer” options for some encounters as an alternative to combat as in the the original Dungeon.

I’m also modifying a lot of code under the hood to make the source code a lot more readable and maintainable and as I complete this work it makes adding new features much simpler and quicker. The use of OpenGL for ARX has reared it’s head as a frustration though as I recently switched to Windows 8.1 and now my graphics card doesn’t support OpenGL properly (a Radeon HD 4350 I think). Plays Dragon Age Origins and Fallout 3 just fine and I’m fine with Windows 8.1 itself so not changing back. I have the same issue with the Mac port of ARX – it also suffers due to OpenGL driver issues. It makes ARX testing slow though…

I’ve also been working on adding some more of the Dungeon quests as you can see from the screenshots here. Whilst I quite like to jump around during ARX development and work on different things to keep things fresh and interesting, I’m now reaching the point where I’ll be homing in on specific features and areas to fill in the remaining blanks, whether it’s adding the remaining features to the City, adding all the special locations to level 1 of the Dungeon map or finishing off work on treasure types. I’ll then be able to draw a clear line as to which sections of the game are 100% complete.

I really want release 0.72 to add a lot so it will be a bit longer before it’s released. Thanks for your support.