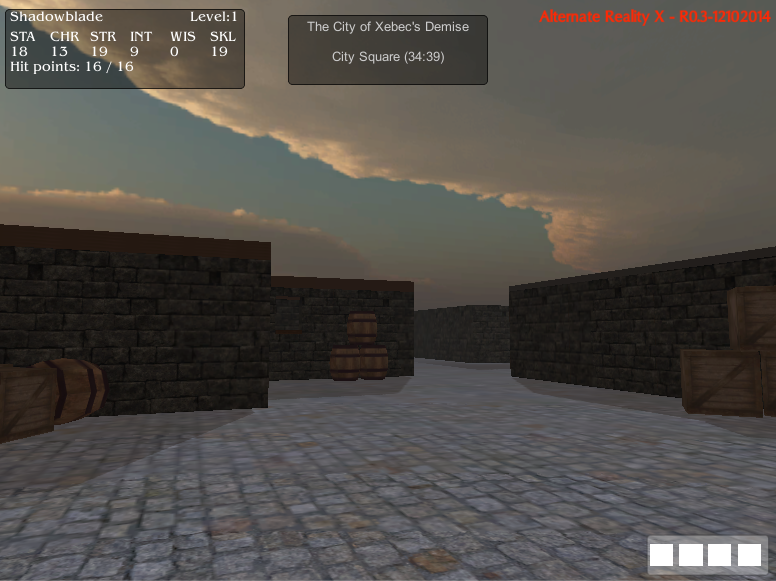 Now that Release 0.2 of Alternate Reality X is available I have been thinking about what I want to tackle for the next release.


My main focus for the next release will be on adding some shop functions, expanding the encounters and updating the items / inventory. I think with what I have planned for this release a lot more of the “Alternate Reality” identity and atmosphere will start to appear in the game. I’ve said it many times before but for me a lot of the heart of AR is really about the encounters and the items you find. One difference with this version of ARX is that it will be easier (not easy though!) to find out information about the specific strengths and weaknesses of items and encounters. This may come in later releases though. I’d also like to add the other information screens possibly as part of the Inventory or as part of the player display.

I’ve now switched over to the Unity 4.6 Beta release for development of ARX 0.3. The main reason for this is that it features a brand new, highly anticipated GUI system for building the user interfaces in your games. Previously GUIs in Unity games were typically created through code which had some disadvantages, the most noticeable for me the time it took between making a change and running the game to see the changes in action. The new system allows you to build your user interfaces on screen using a similar workflow to the other elements of Unity. It looks very powerful so far and I think it will speed up development a lot – ideal for what I’m wanting to focus on just now in ARX. 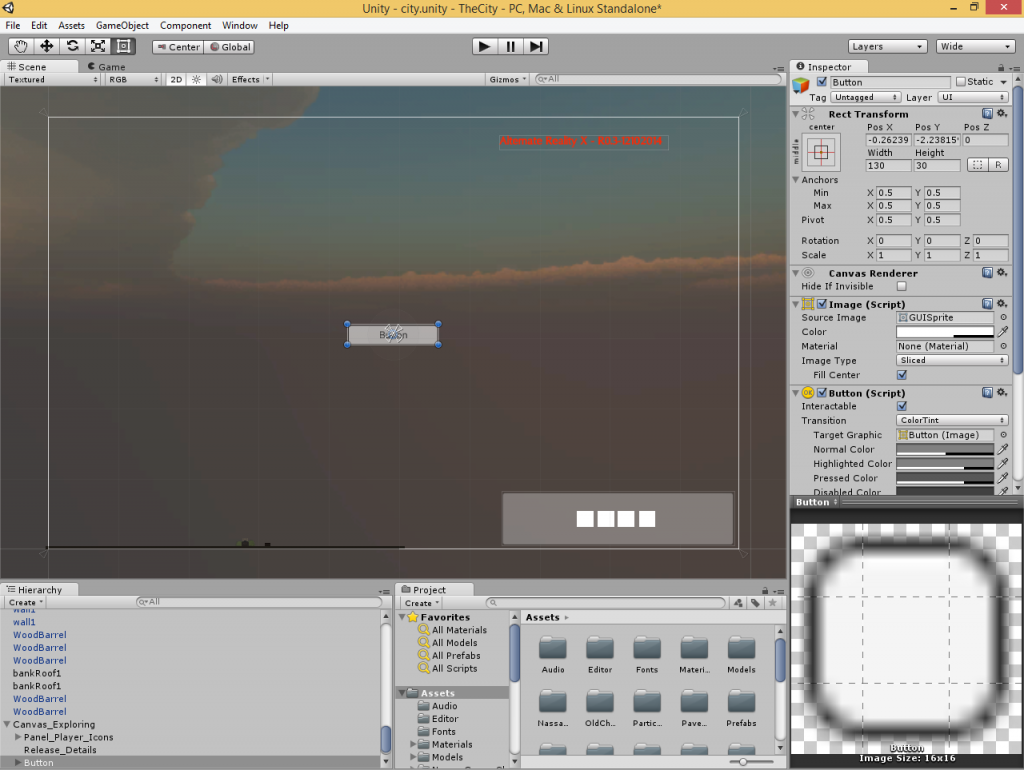 The physical construction of the City will continue but is likely to be less of a focus in this next release. The approach I will be taking though is to gradually replace the old, flat walls with 3D models to give the buildings real depth – walls, doorways, furniture, roofs etc. Where possible I will model these around the original Alternate Reality shop artwork and dimensions. I really need to add some doors and windows to my buildings though!

Things have been a bit quiet on the feedback front so not sure what your thoughts are on the direction and the current status of the project. It will take a bit of time to get up to speed to the point where there is enough content to make it really feel like a new Alternate Reality and a real game but I feel very positive about the direction the project is heading in and think there should be plenty of gameplay in another release or two. What is there currently is really only the start and it’s hard to fully describe what I’m visualizing in my head but I think it could be something special and worthy of the Alternate Reality series. I would certainly like to be putting out a lot more releases out – for myself as well as any players of ARX – but I can only use the time I have available sandwiched between work and family time. Either way it’s going to continue to expand and improve and I’m been itching to get back to developing ARX when time has been tight so that’s a very good sign.

For those who would prefer a more traditional 8bit style AR closer to what I’d done previously, I haven’t ruled this out completely but would treat it as a separate piece of work rather than trying to capture it all in one project. I think this was one of the mistakes I made previously. However if you want to see this you will need to let me know. Please do let me know what your thoughts are on any aspects of the projects I do as CRPG Dev and as always I really appreciate any support you can offer through Paypal, Patreon, Facebook or Twitter. I will be updating the www.crpgdev.com website soon as well as it’s a bit out of date and would benefit from a facelift. Thanks for reading.