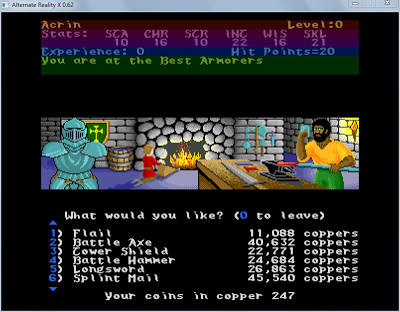 Thanks to those of you who have posted your suggestions, thoughts and observations about Alternate Reality X in response to my concerns and worries. These gave me a lot to think about and I now see a much clearer plan forming.

I agree it
seems a shame to not finish the City and Dungeon – my original goal was very
clearly to ONLY build these two existing scenarios and stop there. Looking back
this seemed to be a very sensible approach given how much I underestimated the
work that was involved in just the 2 original scenarios.

Based on suggestions and comments I’ve received I think I might have a better
solution in mind and now understand the real areas which concern me and how to
avoid them. I think when I stood back and looked at what I was trying to complete I felt the overall package just wasn’t achieveable. I was considering all the remaining work for the City and
Dungeon PLUS new brand new scenarios PLUS moving everything over to Unity 3D. Add that to my
concerns about putting my own original content and ideas into something which I
have no ownership of and you can see why I was concerned. 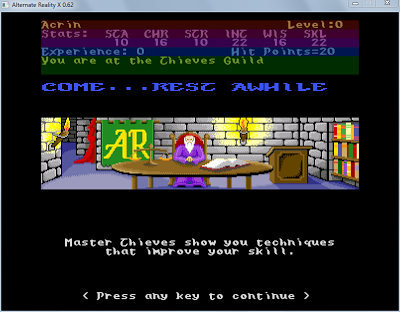 My plans probably won’t keep
everybody happy but I’ve outlined below what I have in mind.
Whilst there will be quite a lot of
common RPG style code and functionality between the projects I think it’s
unlikely at this point that I will move ARX to Unity. It really depends how
confident and quickly my development in Unity comes along in the next few
months.
By keeping ARX focused on the City and the Dungeon as I originally planed and focusing my new work and ideas on my Unity based project, I think I’ll avoid a lot of the problems that I was worried about. I’ll be taking things steady, take my time and whilst I will be providing a “roadmap” of sorts for ARX don’t be surprised if it doesn’t contain any dates, just be confident that work will continue.
Best wishes,
Acrin1

4 thoughts to “The Plan”