Release 0.80 of Alternate Reality X features two bugs relating to the Dwarven Smithy so I’m keen to get a new 0.81 release out in the next week which fixes these.

In addition I plan to add the Dungeon vaults and the option to buy custom weapons from the Dwarven Smithy. For anyone who is not familiar with vaults they give you the option to attempt to steal bags of copper, silver and gold as well as the more valuable jewels and gems which which the Dwarven Smithy trades in. Unfortunately the Palace Elite may catch you, forcing you to fight or surrender.

Adding in the custom weapons will be the first example of weapons which are dynamically created within the game with different values (based on factors such as how many jewels and gems you offer the Smithy). You can also name your custom weapon before returning several days later to collect your newly forced weapon. This will complete the Dwarven Smithy coding and takes advantage of the flexibility added with the new item and inventory system. 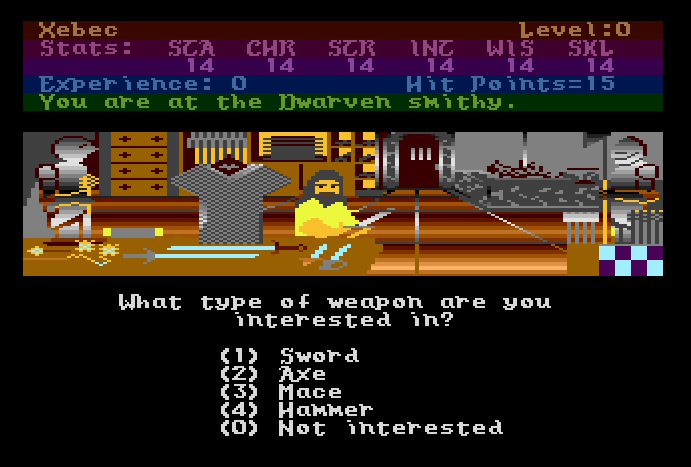