I’d been using an old PC for some time. It was several years old with a small case design for a specific motherboard / hardware combination and struggled with some of the fairly basic things I wanted to do including my game development. My son upgraded his PC over Christmas and gifted me his old motherboard and processor (pictured below) which I thought I would use as this would probably be a decent upgrade over my existing PC. 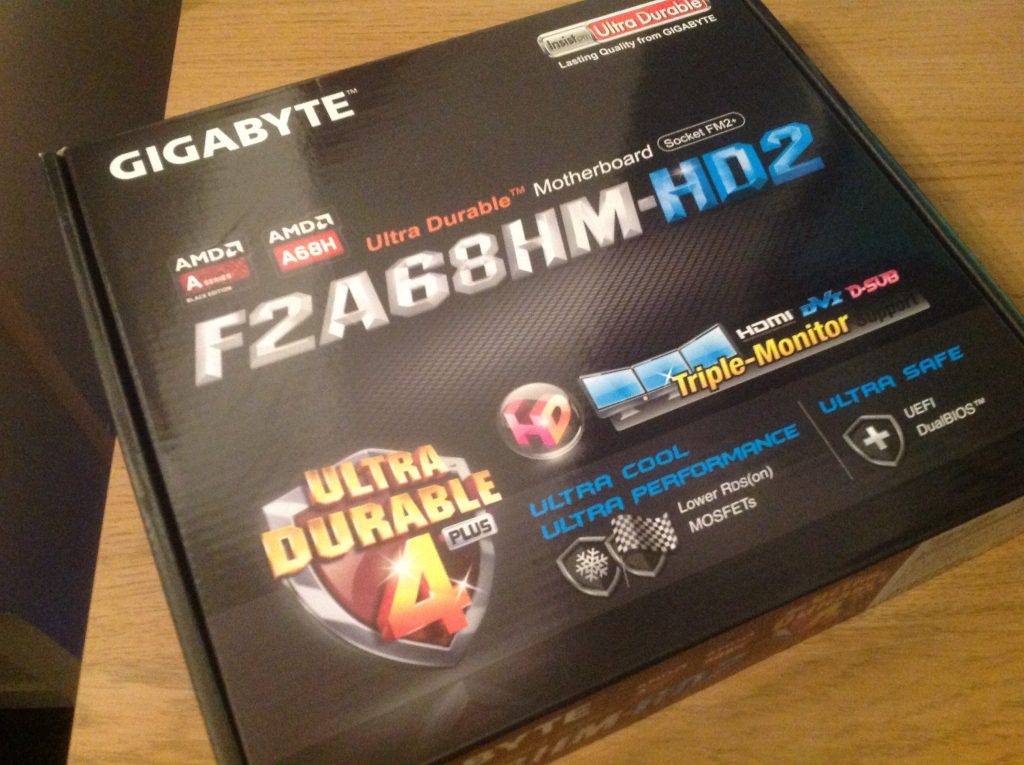 My existing PC case was no good so I thought I would use some Patreon and PayPal funds to buy an expandable PC case which I could use now and in the future and make use of my “new” motherboard and processor. I’d like to be able to use a full size video card at some point in the future, though it’s not essential for my current game development.

I looked at several case designs but opted for a CIT model I found on Amazon and ordered a 500W power supply to go with it. These arrived quickly and I was able to install everything without too many problems (though the power cables to the motherboard were a bit short). I transferred a couple of old hard drives into the handy caddies in the new case and my existing Windows 10 install booted up fine despite switching from an Intel to AMD processor / motherboard – an unexpected bonus. I also added a mini wi-fi dongle to the PC which is working great for networking compared to my old NetGear stick. The PC and case seem to be working really well and a nice upgrade from my old set up. The on-board AMD Radeon HD 8470D video is good after the old Intel graphics I was using.

There are still a few further upgrades I’ll buy at a later date such as a larger monitor (the 24″ one I have in my day job helps a lot) and a better chair (but not an expensive one). An SSD at some point would be great but this is way down my priority list. 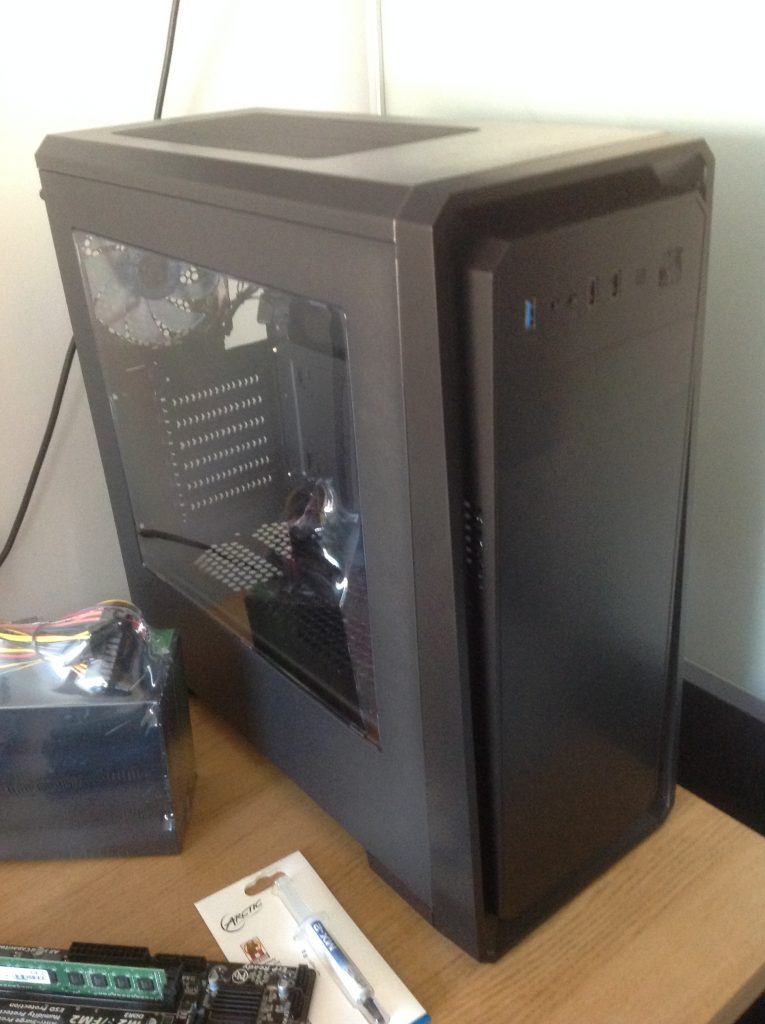 In addition I spent time reorganising the room that I want to use for carrying out game development as it had become a dumping ground for the family and I could barely reach the desk – hardly conducive to productive game development! Still a bit crowded with other items but at least its tidy now. I need to do some negotiation with other family members to empty the room further so I can add a bit of storage for my game development notes, programming books etc.

Major thanks to those Patrons and PayPal supporters who’ve supported my efforts and helped fund some of these items. Greatly appreciated. The upgraded PC set up and improved working space will feed directly back into improving my game development output over the coming weeks and months.

5 thoughts to “PC Upgrades and thanks”