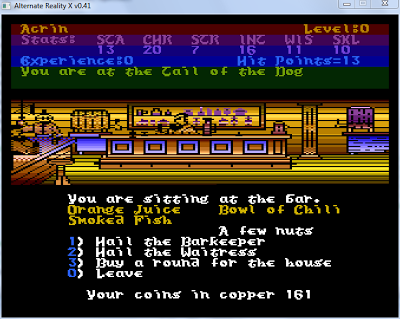 I’ve finally uploaded release 0.41 of Alternate Reality X to www.crpgdev.com – it’s only about 4 months late! Finally tackled some of the work on the City taverns and I’ll try and totally finish these for release 0.5. Tavern features still missing are buying rounds and friendship levels which determine whether you get help when you’re down and out or get refused entry to certain taverns. I’m also keen to add a save game facility as many people are asking for this.