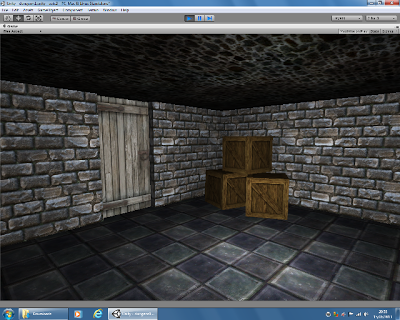 I’ve been very busy over the last few weeks with family and work activities which hasn’t left much time for game development but I’ve been busy planning the next update to Alternate Reality X and carrying out research for my own original game.
I’m still getting up to speed with Unity and have been inspired by reading some interesting articles from my two favourite blogs – The CRPG Addict and Tales of the Rampant Coyote.

One of my long time issues with game development is the classic problem of trying to create something which is beyond my abilities, too time consuming or too epic in scope. I was interested to hear over on Matt Chat that Richard Garriott of Ultima fame wrote over 20 smaller RPGs before he wrote Akalabeth. This game Akalabeth in turn became the basis for Ultima I.

The gave me the idea of writing a very small game in a short space of time to help me get up to speed on Unity 3D. It also gives me a completed game project and a personal confidence boost. The intention is to wrap this up in say 24 hours of development time maximum. It’s not practical for me to do the 24 hours straight so this will be a couple of hours at a time. For what I have in mind this should be feasible. I spent about an hour yesterday and came up with the example room below which I was happy with.

﻿
Here’s what I have in mind:
I’m thinking of something with about the same level of interaction as an Ultima 1 Dungeon or a Might and Magic 1 level. Should be fun.

One thought to “My Micro RPG in 24 hours”